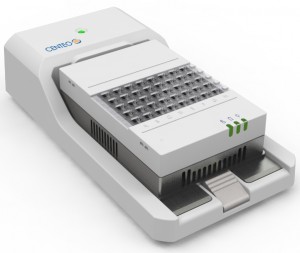 After operating alone for some time, Centeo Biosciences saw that becoming part of the Blacktrace group would not only secure the new company’s future but also allowed them to leverage Blacktrace’s expertise in Productizing Science®. Centeo recognized that the Blacktrace group were well equipped to engage the scientific community, understand their problems and needs, and then identify and /or develop technology to meet their needs.

In early 2013 Centeo Biosciences joined the Blacktrace group. Whilst still focused on providing screening tools for protein crystallization, they moved from statically screening temperature in an isothermic way into controlling temperature in a more dynamic way.  This means providing products for specific applications such as embryo research and protein crystallization.

There are three core products in the range: